A naturalist’s look at Southeast Alaska

In 1992 and 93, Gustavus naturalist Greg Streveler and I visited 5 communities in northern and central Lingít Aaní. We hit the road (marine highway, rather) in a puke-green 1969 Ford camper called the Naturemobile, delivering teacher workshops to Haines, Hoonah, Angoon, Sitka and Petersburg. It was just after The Nature of Southeast Alaska came out, a book I’d written with Rita O’Clair and Bob Armstrong.

Nice job, Greg acknowledged. But a little weak in geology, glacial history, island biogeography, and marine ecology. Let’s fill in some of those neglected disciplines, in a handout to field-worthy educators of the rebounding North Pacific.

The result was this ‘course manual,’ written mostly by Greg and illustrated by me. It’s a quarter century old, ‘republished’ here with essentially no alterations. But I still think it’s pretty cool. 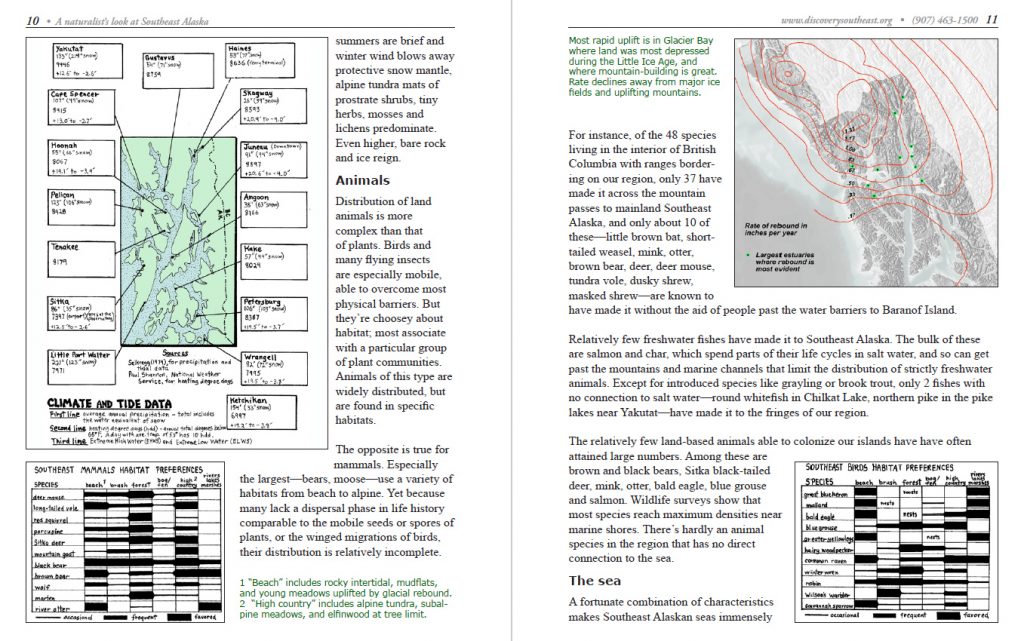 Sample spread from our 16-page overview of Southeast natural history.

Explore All Categories
Go to Top